Education is a key-word here for MBU, as the site was originally founded to ensure that Media Students had a source of RPG related information to draw upon for GCSE and A-Level learning here in the United Kingdom. Still, educational gaming has never really been able to shrug off a certain reputation for low quality. For every ‘Word Rescue’ there’s a ‘Geordie Racer’ out there to tarnish the concept. Luckily Avid Games is here with their new title ‘Cards, the Universe and Everything’ (CUE for short) to set a new standard.

MBU: Obviously, a massive thank you for taking the time to answer questions for us. Can you introduce Avid Games for those who are perhaps not acquainted with the studio?

AVID: Most people won’t be acquainted with us as we’ve only been trading as Avid Games for about a year. We were previously a Digital Trading Card publisher called VirtTrade and during that time we produced apps for several major brands such as the NFL and NBA.

MBU: CUE is the second card collector Avid has built, with the prior title ‘Card Explorer’ sharing similar themes. What would you say you learned from it and how did it shape CUE?

AVID: Well technically we also made a TCG for F1 but we struggled to get traction – perhaps because strategic card games aren’t a great fit for adrenaline-fuelled racing. That said, we learned a lot and the staff at F1 were absolutely great.

Card Explorer was a native app. That means we had to maintain iOS and Android teams and try to keep them in sync, which is extremely difficult for a game title. We’ve now moved to Unity – a dedicated game development platform. We can now ship better features faster and create a much richer experience than we had before.

MBU: Every card is based on a real-world item or instance, with details on the back that can be read when flipped and revealed. What inspired you to produce a card game based around educational themes?

AVID: It’s safe to say we were all looking for a greater sense of purpose in what we do, and we were all really proud of what we’d done with Card Explorer, so that led to Cards, the Universe and Everything (which quickly became CUE, for convenience!).

Personally speaking, I’ve been keen to do something like this since the release of Pokémon Go. My son (then 6 years old) memorised every Pokémon and evolution, and knew all the ‘candy math’ behind it – and that felt like a lot of mental effort for very little real world application!

MBU: Is Cards, the Universe and Everything a cheeky Douglas Adams reference? If so, can we expect the number 42 to make a card debut at any point?

The Mega Maths collection is my personal favourite, but I think I’m on my own there. 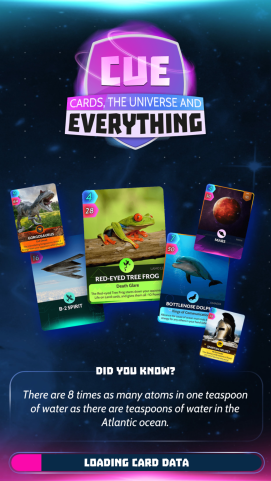 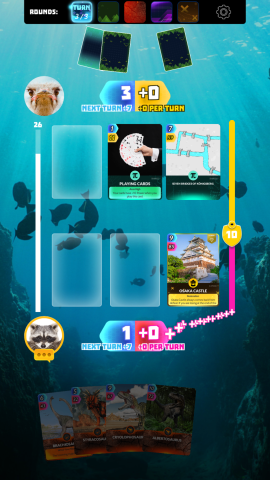 MBU: Development of a card game is often hit and miss with a great deal of development spent on making the game itself work smoothly. Did you test real, physical cards to see if the gameplay was fun before design began?

AVID: We have done this many times before, but with CUE we quickly realised that manually performing the maths was going to suck the fun out of the game so we prototyped digitally instead.

MBU: Has there been any debate about producing a boxed version of the game for real-world play?

AVID: We would love to – but there are a few big barriers.

Firstly the skills required to produce, market and distribute physical goods are very different to digital, so we’d have to license to a third party.

Secondly, as mentioned – there is a lot of mental arithmetic required (especially where cards interplay and have sustained effects) and so we would have to rework the gameplay.

Lastly, we license all images for a digital format, and licensing for physical print is understandably a lot more expensive.

There are more reasons than that actually, but three is a nice number so let’s leave it there.

MBU: At the moment there are card sets for a number of types. Birds, Space, Ancient Greece, etc. What decided what made it into the initial release?

AVID: Ha! This should be the point where I explain our intricate process, maybe with matrices and balanced scorecards and stuff.

But no – we went through things we thought were cool, and asked other people what they thought was cool, and that’s how we have what we have. We’ll probably stick with this process for a while yet. 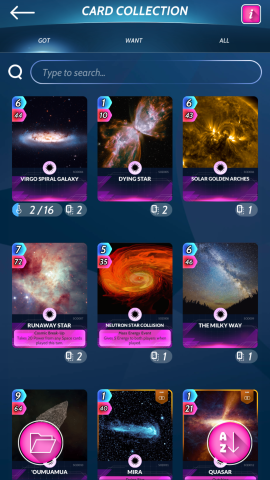 MBU: Can we expect to see a lot of new categories and cards making it into the game in future expansions?

AVID: Definitely. We will start operating in terms of ‘Seasons’ – Fortnite-style – pretty soon. So albums may get swapped out for a Season and then brought back in… we’re still working on the detail here.

MBU: Are you considering opening suggestions to the public through social media?

AVID: Yes. We’ve had a Discord server running for a while and we have some very creative people on there. One player has sourced all the assets so they can mock-up their own cards. We’ve had suggestions from Prickly Plants to War Machines, and for some reason a lot of people are keen on a Food collection with a Legendary Burrito.

The plan is to move more of this conversation to Twitter. The world needs this kind of frivolous debate right now.

MBU: Rare cards, limited time cards and cards only available through fusion of other cards all made it into the game. Did any systems need to be cut you’d like to re-introduce later?

AVID: We used to have upgrades, so you could use up all your duplicates. We need to do something with dupes but it won’t be upgrades this time. We also want to bring our weekly scavenger hunt back.

MBU: Are we likely to see a campaign mode in future to compliment the robust PvP offered at the moment?

AVID: That’s a very good question. My gut response is ‘no’ – because campaign modes reduce the number of players available for quality matchmaking. We have a Weekly League starting very soon which we’re very excited about. 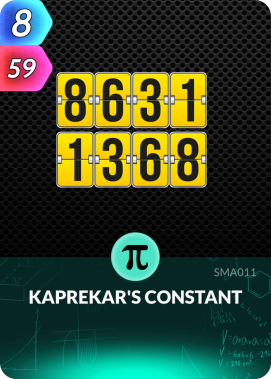 MBU: What has been the reaction/feedback from players and the install base of the game since the launch of CUE?

AVID: Unlike anything I’ve seen before. We have been blown away by the number of people leaving superlative reviews like ‘this is the best thing I’ve played’, and showing appreciation for the educational factor.

I especially love hearing from people saying things like ‘I play this with my dad and sister’. Knowing that what you do brings people together… that feels great.

MBU: Do you personally have a favourite card?

AVID: I’m a big fan of Emerald Tree Boa and Gigantic Wave in Perseus (aka GWIP).

MBU: Were there any issues at or after launch you had to overcome?

AVID: Oh yes. Tell you what, I’ll let you know when they stop.

MBU: The game when played consists of 3 turn rounds of which players win the best of 5. When did the idea occur to theme each round’s play area for bonus effects to cards of that area’s type?

AVID: I’m not sure when that happened or whose idea it was – but I know we wanted people to have reasons to build balanced decks as well as themed ones. We don’t have a single game designer whose job it is to have the ideas, we involve everyone in the process. This might well be bad practice, but… it’s what we do.

MBU: Are there plans to hold competitions? Many card games utilise yearly tournaments to raise a competitive community.

AVID: Yes, this is what Weekly Leagues are all about. They’re in beta now and I think they’ll go down well.

MBU: Card art is primarily photographs, are these public domain images or are they brought in stock pieces?

MBU: It’s great to see a digital card game with a robust trading aspect. How important to you was it that this was included?

AVID: It’s what we’ve always done, so it was important. But it’s also extremely challenging because it creates what economists call a ‘Perfect Market’ – and one we get no revenue from. On the plus side, players love it and there’s a real sense that they want to support us as an indie developer.

MBU: What advice do you have for first time players?

AVID: Stick with it. It seems almost too simple at first, but when you play your first game against an experienced player you realise how much more there is to it.

It’s not pay to win – most of the top 100 players haven’t bought a thing – but you will have to get involved in trading to craft a great deck.

Pay attention to how abilities interact – that’s where the magic happens.

MBU: Thanks for taking the time out to speak to us here today. For those readers who want to learn more about Avid games and Cards the Universe and Everything, the game can be downloaded free on iOS and Android and the official site can be found HERE.