The ‘Seven Day RogueLike’ (sometimes abbreviated to 7DRL) event is an annual challenge established in 2005 by the RogueLike community (specifically those using the USENET newsgroup), taking the form of an informal competition where participants endeavour to create an original, scratch-built RogueLike of their own design and publish it for judging and public play inside a strict 7 day time limit. This usually occurs in early March or late Febuary into March depending on that year’s calendar and at the time of writing there have been 15 successfully completed 7DRL competitions, with the first taking place from March 5th to March 13th, 2005 and the latest from February 29th to March 8th, 2020. 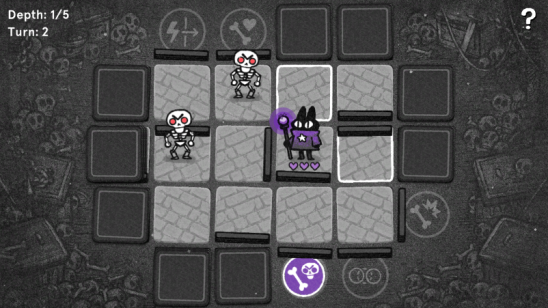 For the purposes of the competition the definition of a ‘RogueLike’ encompasses any randomly generated adventure across a number of different play styles/mechanics that deviate from the more strict features embraced by the original ‘Rogue’ as released in 1980. This includes the sub-category of ‘RogueLites’ that purists sometimes frown upon for their relaxed take on the genre’s infamous permadeath structure. Participants strive for originality, but do not have to bring anything new to the genre in order to produce a successful entry and failing the challenge bares no repercussions. Those taking part are allowed to make use of pre-existing codes, graphic assets, and even games started before the period begins, but need to have a playable build at its conclusion for judging.

Hopeful participants simply need to sign up for the competition on the official Jam page once that year’s seven day period has been announced, publically announce their starting time (many will do this through Twitter, which has several accounts dedicated to following the event in addition to an official handle to follow) and then 168 hours later or less to submit their game through the portal for judging. Mailing lists, forums, twitter accounts and even a dedicated RogueLike podcast all exist to support those taking part, and entries can be flagged ‘successful’ or ‘unsuccessful’ to encourage those that miss the deadline to still submit what they’ve managed to make in the time limit to the public. 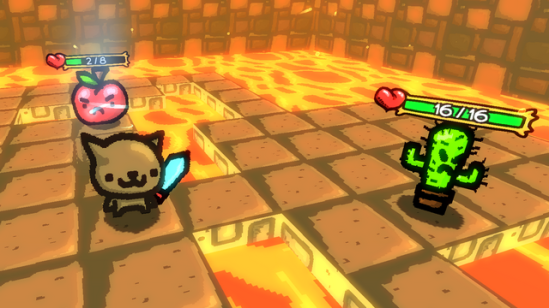 It should be stressed that 7DRL Challenges are NOT about being a fast coder, but rather proving you can release a finished, playable roguelike to the world. There is no traditional ‘winner’ of the challenge, but rather all those who finish are publicly honored for their work. The challenge exists for the joy of taking part.

Participation in the 7 Day Roguelike Challenge

A video-game tie-in product to Cascade Studio’s successful audio drama series ‘Golden Age’, Endless Dungeon was designed as a more classical RogueLike with players tasked with guiding one of two twins (a male or female player avatar choice) through an underground labyrinth to rescue their grandfather and discover what happened to a unit of soldiers who ventured there.

Unlike many RogueLikes, the game featured a 40 floor campaign with its own story that was told primarily through accessing a journal that regularly updated as the player progressed, in addition to NPCs to interact with and scripted boss encounters every 10 floors. Boasting over 50 items, 20 different monster types and infinite replay value in its randomly generated levels, the game maintained a Game Boy Colour feel in its design and was released in a downloadable offline format, or as an in-browser game with online leaderboards through Facebook.

A more ambitious follow up to Endless Dungeon, Steel Knights takes on a science fiction theme and swaps the established setting for an original one set in the future. The player takes on the role of either a Male or Female operative who has to investigate three unique randomly-generated environments, each with their own chapter that contributes to a larger ongoing narrative. The starship Thunderchild, which has been overrun by a strange illness that has infected remaining crew and turned them into monstrosities. The surface of the alien world to which the bulk of the crew evacuated sees the player stalked by a looming behemoth, and finally the subterranean passages of the world contain a sinister presence.

Boasting over 60 enemy types, 3 unique environments to explore, 30 items and a customisable character build, the game places a focus on ranged combat and the use of guns of varying kinds with ammunition in order to differentiate itself whilst retaining the intricate journal system from the previous year’s effort to create an engaging story mode. Unlike Endless Dungeon, Steel Knights was developed for offline play exclusively.