When is a game not a game? When it’s an interactive rulebook/app designed to allow players to gather in real life and recreate the wonder of pen and paper roleplaying together. Role is rulebook, character sheet and bag of dice for the mobile age.

The Soap Collective are a company that know their RPGs. In this case those games are played out across tables where friends gather to interact and shape a narrative with their mind. Whilst this system isn’t going to set alight the Dungeons and Dragons rulebook, it is a well-crafted and fun way to bring the concept to a generation bred with a phone in one hand. A generation that considers a multiplayer experience to mean logging into a shared server together.

Graphically, Role is a text driven system and as such is essentially a series of menus and flavour text. It does open with a well-constructed and informative video that can be accessed again at any point from the menu that serves as a how-to on the system and use of the app itself however, and the production value on this is very high. Artwork has been provided for sample campaigns, but the design of the system and its menus are where the real work has been done here. These tap well, make visual sense and are pleasing to the eye. Were the menus cluttered or navigation less than optimal it would stick out on a package such as this, where instead the UI is top of the line. 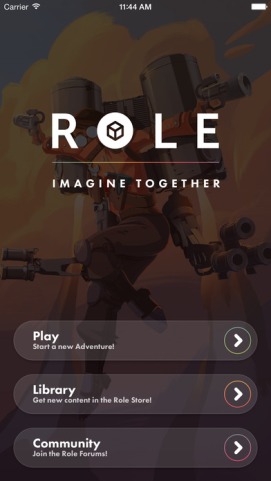 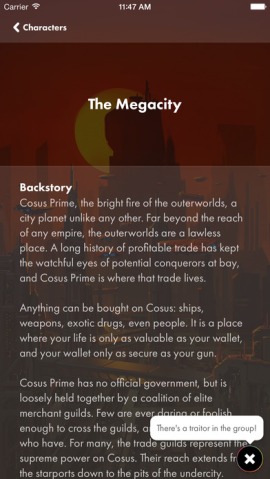 Whilst Role doesn’t feature background music, actions taken do trigger a number of noises. The sensory feedback for hitting a button is appreciated, making the app feel more visceral, but also a necessity in group scenarios where players may be acting behind a screen away from view. It would conceivably be easy to cheat the game by tapping the action button until a favourable result occurred. The addition of a sound effect means that everybody knows when a roll takes place and to wait to see the result. It’s a clever piece of thinking from the dev team.

Narrative is the name of the game here, but instead of telling you a story the app gives you access to a number of free ‘base’ campaign outlines that the Game master (GM) then has the task of turning into a fully-fledged series of events for others to play. The samples provided free are well written, though generic overall, and also come with several pre-existing concepts for character classes. Additional concepts with more outlandish themes can be brought as packs and are added to your library, though the game does give you the option to create your own classes and campaign from scratch. 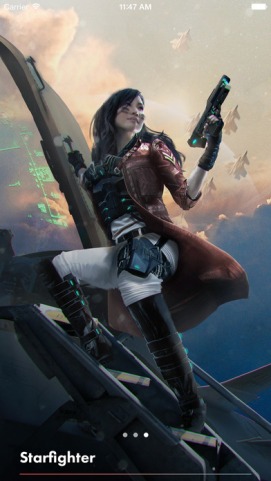 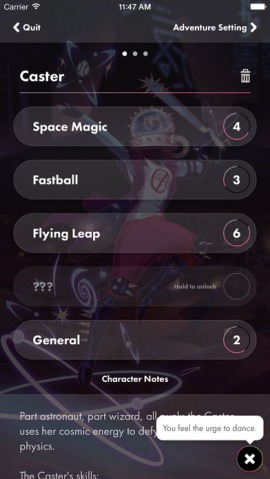 Gameplay is split into two roles that the gamer can take. GM or Player. As the GM you’re tasked with creating a campaign. This means using either a pre-made setting or making your own. Both are equally valid options and the ability to input data and take notes is fully implemented into this section of the game, even allowing you to skip in and out of a list of characters with a swipe of your thumb for NPCs or battle data. You can’t save your campaign however unless the premium version of the game is purchased (a one-time deal that can be redeemed again of the app is deleted) and this feature is paramount for games designed to last over one session. The GM oversees the game and players, administers the rules and sets the difficulty of all roles made by players. Players in turn create character sheets and choose from a set number of skills (3 and one general skill used for most basic rolls) which level up with successful use and unlock further slots for additional skills and customisation options. There are no stats at play here, rather the GM states a difficulty from easy to god-like and the player rolls, succeeding or failing at a given task. As RPG systems go it’s very simple, but it’s also flexible enough to work across a wide range of settings. An actual pen and paper version of the rules can be downloaded and printed from the games homepage, and works similarly well though feels less satisfying. It is strongly advised however that the full version of the game is unlocked, even if additional story packs are not purchased, because of that all-important save function and because of the handy ability to import custom graphics for backgrounds. 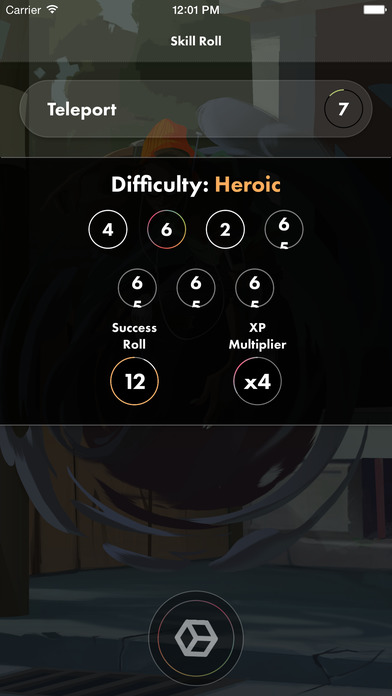 Overall, Role is an amazing app that will either be exactly what you’re looking for or mean almost nothing to you. It’s an excellent medium through which to draw new players and those inexperienced in pen and paper gaming into the wider world of RPGs, and the system is simple enough that the age barrier is beautifully low. If you enjoy pen and paper gaming then this little app is a must-have for your iPhone. Download it free today!