Developing a fusion of fitness manager and RPG sounds like a fantastic idea, especially in the aftermath of the crazed walking inspired by ‘Pokemon GO’ that proved games could get kids out and about provided the motivation was there. Sadly this is not the app to inspire anything. 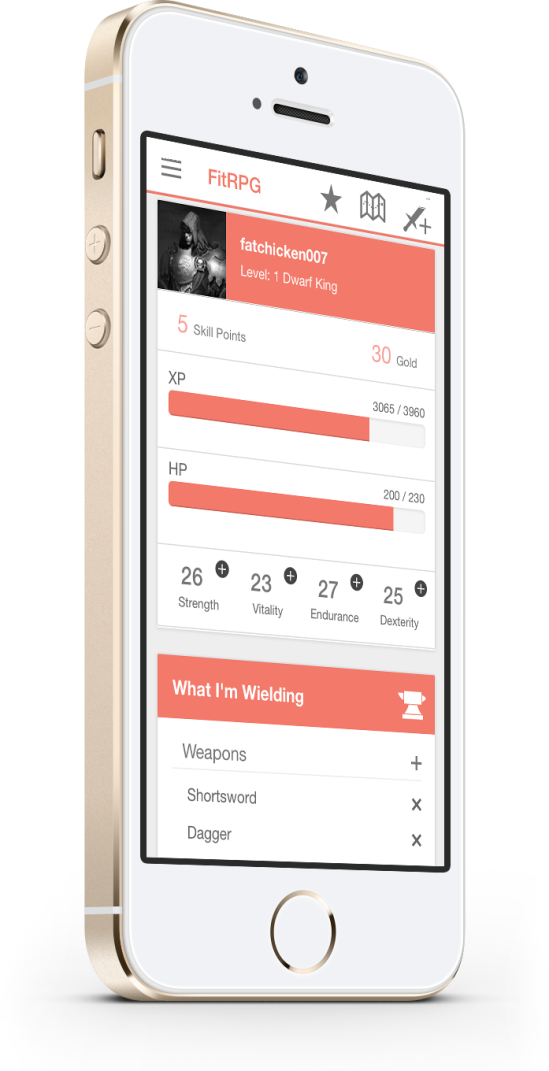 Granted, FitRPG predates Pokemon GO by quite some time, and requires a direct link to a Fitbit account which records all of your data separately to the game and may require some tinkering before you can get started. This link is the game’s biggest failing, as the connection is at best tenuous and at times non-existent. In fact at the time of review the game is flat-out non-functional whilst still being available for download. An unsuccessful attempt at kickstarting additional content saw just 240 backers pledging $6,000 of a $30,000 goal.

Graphically the game is strictly text based, and whilst the user interface isn’t muddled to look at and displays data in an easy to use manner, moving past the home screen (which shows your character sheet) quickly turns the game into an Excel spreadsheet. Lists are the name of the game here. There’s a list of quests you could undertake, a list of weapons you may decide to buy, and many other lists besides that all go un-illustrated and lack flavour text of any kind. We love a good text-based RPG here at MBU (see our review on Sryth) but you need to build a cohesive world and keep it interesting with titbits of information to pull one off and that is sadly lacking in this case.

Sound effects are non-existent, as is music, which may be intentional on the part of the developers in order to preserve the games silent running in the background as you exercise or a glitch in the way the game runs on the iPhone 5c, either way this is not a good thing. Losing background tone is an acceptable loss when most people will keep the game muted, but the feedback from clicking to confirm a choice is considerably lessened without the presence of a click or confirmation tone. 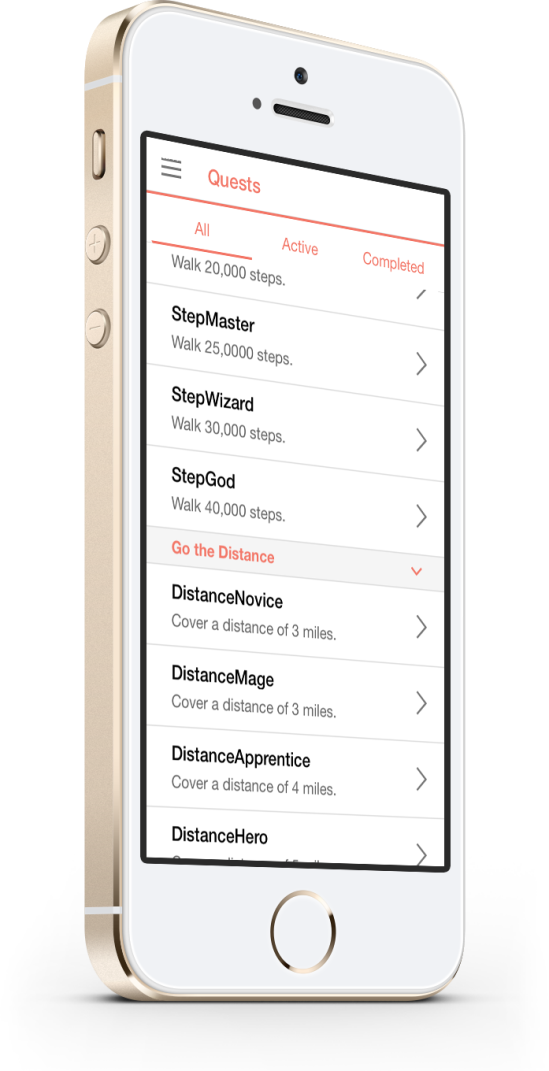 As mentioned, a kickstarter was launched and promptly crashed out that intended to import a story to the game. What is there from launch is barren and devoid of any kind of narrative or even simple flavour text to provide a scenario onto which you quest. This feels like a massive missed opportunity and really drags the experience down.

Gameplay is largely a numbers game. When starting the app it will sync with your pre-existing Fitbit account (which you will have to set up if you don’t already own one) and imports your data as stats for a new character. Sleep charting becomes vitality, steps taken are experience, etc. These naturally grow as you continue to exercise and update your data, allowing for character progression with goals laid out in the form of items and equipment for your character that you can aim to purchase to add stat boosts, these are purchased using an earned in-game currency. Quests, which the game permits you to attempt once a week, largely come down to timed walking distances or combat, with one having a clear health benefit and the other being a simple stat-matching game that tells you if you win or lose automatically with no player involvement. This makes the friend and PVP element of the game feel extremely shallow as your only option is to work out like mad in order to see any headway only for a fitter and/or person with more free time’s character murder you outright. It’s largely an infuriating experience and lacks even the bare-bones player input that Pokemon GO had at launch. 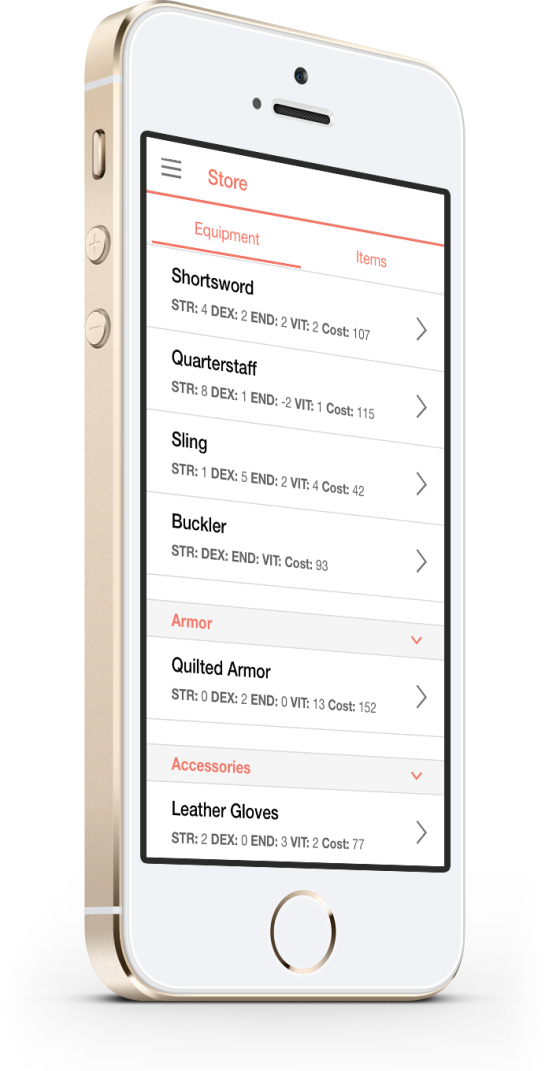 Overall, you should avoid FitRPG. It’s badly made, buggy and at the time of writing unable to even be opened. Research shows that most people online have had the same experience, with the game randomly just giving out on them, and the prospect of starting over (even to gather screenshots for this review) is frankly unappealing. Somebody will release an amazing fitness based RPG in the future, we’re sure, but right now you’d be better ignoring the concept entirely rather than download this app.