Essentially a remastering of the unreleased ‘Shining Force: Gaiden’ and the Game Gear exclusive ‘Shining Force: The Sword of Hajya’, Shining Force CD manages to bring two relatively light experiences together into a more meaty package.

Released for the Mega (sometimes Sega) CD in lieu of a new entry into the series, Shining Force CD uses the graphical engine created for ‘Shining Force II’ and adds some CD quality music. Totalling in 4 individual adventures, with books 1 and 2 representing the original Gaiden titles whilst book 3 directly sequels them and a hidden book 4 can be uncovered by completing all three with the addition of finding a hidden item, it’s a well-rounded use of the space CDs brought as a medium. Though not drastically advanced compared to Shining Force II, the game does have the added benefit of bringing the otherwise unplayable Gaiden title to hungry fans. The final Game Gear game, aptly titled ‘Final Conflict’ doesn’t feature, which is a shame because it would have made for a fantastic hidden book.

Graphically the game is a massive improvement over the original releases of its two stories, which is to be expected given the use of the new ‘Mega CD’ medium and the jump from a tiny screen to a full television set. Now running on the same engine and using the graphical style of Shining Force II, characters are significantly bigger and more detailed. Backgrounds are sadly re-used assets from the second major title in the series, serving to make things feel like they are set in the same world but sadly failing to inspire on an all-new system. Redrawn character portraits are also hit and miss, with bigger and better graphical images of each character’s face, but some of the new designs for them looking less interesting or having less interesting poses than in the original. Text is now easier to read thanks to the full screen and darkened colour palette, which replaces the washed-out tones of the Game Gear.

In terms of music the game features massive improvements over the original source material, but sadly despite the shift to a CD based console the music on offer uses a variety of synth instruments over the possibility of a score that uses real instruments. The music is still well composed however and a few additional tracks were devised for the games menus and title screen. Sound effects have been imported whole-sale from Shining Force II and replace down-sampled versions of those found in the original Shining Force, making for a slight upgrade in this department. 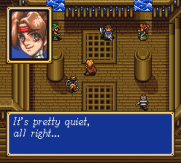 Narrativly, the game is split into ‘books’ with each book representing a story in its entirety. These books are split into chapters in the same manner as the original games were and the format works well when taken with the traditional Shining series opening scene of a girl reading the story that is taking place. Book 1 recounts the narrative of Gaiden, whilst Book 2 tells of the quest to reclaim the Sword of Hajya, with Book 3 unlocking once both are complete. This tells the new story of Nick’s rise to kingship and marriage to Queen Anri in addition to their battle against an evil witch who is more than she appears to be. Book 4, which is kept hidden and needs to be unlocked by a savvy gamer, is a more humorous finale that sees Nick and company visit a museum where monuments to their former foes come to life to challenge them. It’s fairly simple stuff but there is a massive amount of additional exposition added to the first two stories that makes plot points clearer and ties the games together more firmly with the console titles.

Gameplay is largely unchanged from Shining Force II, featuring a system that sees battles take place in Tactical style on a square grid. Characters always face toward the player when stationary, and direction of attack has no added buff or defence as seen in modern titles, but scenery does play a role in troop movement and different classes or races are affected in different ways. Centaur knights are usually one of the more nimble troops but are dramatically reduced by woodland, whilst Elven characters (usually archers) ignore them completely. Flying units ignore all this and can even move over water, making for weak but useful troops. In their turn characters can attack, move, wait, check for treasure, cast spells or use items depending on their situation. Once a turn is complete another friendly or enemy unit will take its turn, with speed stats deciding turn order. Whilst many areas of the titles were upgraded, the games still use no towns, dungeons or exploration areas at all, meaning that the experience feels quite linear when faced with a mixture of battles and story-forwarding sequences. This feels like a missed opportunity, as one of the key features that sets Shining Force aside from other Tactical RPGs was its JRPG style exploration and NPC interaction. Instead the player is given a hub from which he/she can promote characters with high enough levels into new classes, save the game, buy/sell items and heal. 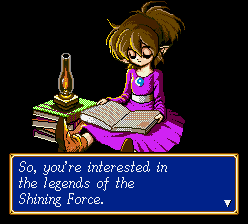 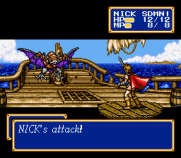 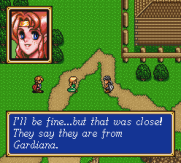 Overall, Shining Force CD is the definitive edition of ‘Gaiden’ and ‘Sword of Hajya’ but loses the opportunity to take them from streamlined mobile ports into fully fledged console games in their own right. It’s a great surprise that this edition wasn’t the one to be brought to the 3DS, which instead recently had Hajya released in its original format, as it would have made for a much better and higher quality experience. If you enjoyed Shining Force 1 or 2 and are looking for more of the same then track this title down, but you’ll have to search for ‘Shining Force III’ if you’re looking for a game that pushes the series into new directions.