Riida.com are a company with a very specific task in mind, that being to create the perfect Pokémon-style monster collection game for iOS. This doesn’t necessarily mean creating a carbon copy of the existing source material, but rather working to the strengths of the device in question. To date they’ve attempted this three times, with their original game being Pocket Summoner. 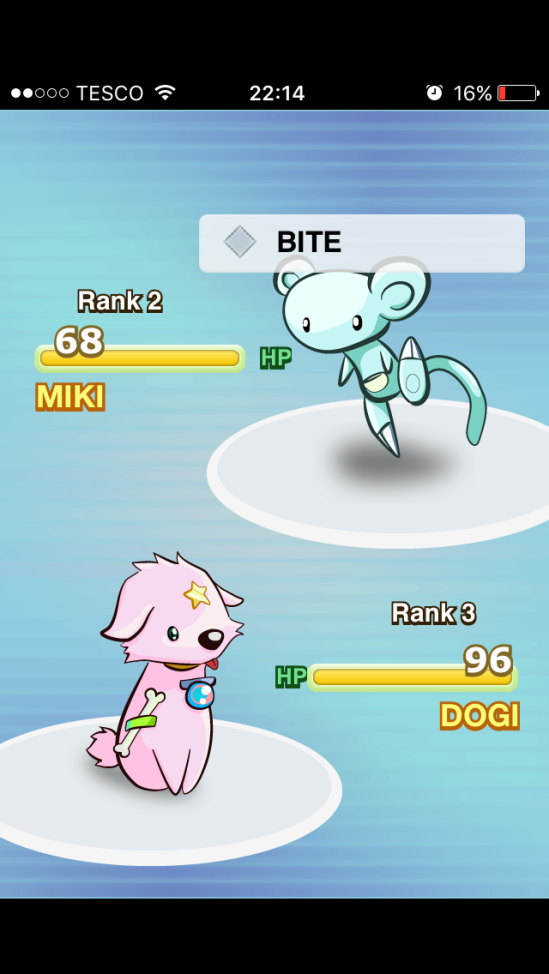 Very much a product of the time of its release, Pocket Summoner hails from that period in the early iStore when most RPGs were menu-driven grinds that showed progress through ticking off growing lists of quests and slowly using time-allotted energy points to fill bars. There’s a little more to it of course, but with only a few notable exceptions this was the norm for RPGs on mobile platforms and arenas such as Facebook.

Graphically the title uses a mixture of bright and colourful menus and 2D static illustrations in a visual style that is reminiscent of Flash animation. It can feel a little cold and empty at times, especially at the games outset, but slowly as you build up a larger pool of areas to visit and monsters to train these pages will fill with options. Menus work especially well on smaller iPhones, with plenty of space for fingers and large buttons to ensure you always tag the correct option. The games vibrant and colourful aesthetic makes it feel welcoming, and a variety of different monster designs keeps player interest in seeing what comes next. A splash page at the game’s opening shows off some of the higher level monsters and gives you an idea of what to aim for. Sadly the game hasn’t seen an upgrade to fit displays larger than the 3GS iPhone and instead runs with thick borders.

In terms of sound the game makes the choice to not feature music, which can at times add to the cold feel that the menu-driven gameplay provides, but it does use limited sound effects to good effect. Buttons click exactly as you press them to show that you’ve made a choice and a small tone rings each time you successfully add to a mission score. A third sound effect also plays when a mission is complete or a monster levels up, but other than these three samples I didn’t encounter any other effects in the total play time I spent with the game. Battles take place in complete silence, which seems strange given that the sounds the game does use are of a high standard. 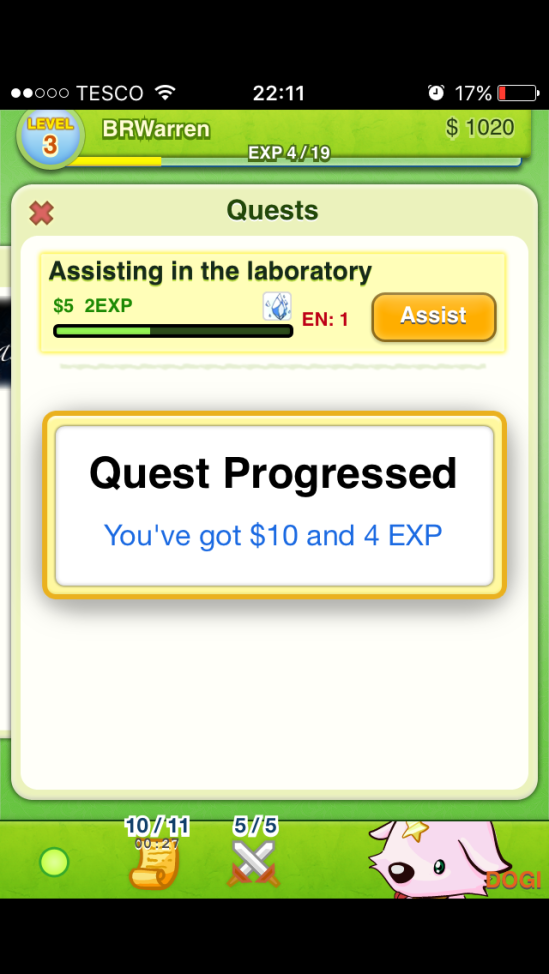 Most, of not all of the game is menu-driven.

Pocket Summoner does feature a light story, which is primarily told through conversations with the games human protagonist. You’re placed into the role of a newbie Summoner that the protagonist takes under his wing and shows how to use ‘Guards’. Summoners are able to fight spirits, of which there appears to be a great many causing trouble in the area, but they are also human and quite vulnerable to attack. To solve this problem they employ Guards to protect them, with a team of up to three monsters acting in this capacity. You’re then taken to the nearest town and given a few introduction missions to teach you the ropes before being let loose on the world with the aim of becoming the most powerful Summoner and perhaps someday beating your mentor in terms of sheer skill. Missions do have small amounts of flavour text added to them to give you an idea of what they are about but compared to many games with this menu-driven formula it’s a text-light adventure. The story serving as initial motivation to get out there and start playing rather than evolving with a true narrative.

Gameplay is split across several different types of action. The first is completing missions, which sees you using energy (allotted over time and easily topped up with a voluntary payment using real cash if you’re into freemium gaming) to slowly complete missions. Each mission has a different difficulty rating attached to it and will require you to spend a considerable amount of time tapping the mission to spend energy and gain a small experience and cash reward each time. Topping a mission up to 100% grants you bugger rewards and items, which are used in the games second mode. Caring for your Guards sees you using cash to level them up (the price growing each time) and then spending 10 points across various stats to customise them to your taste. Teaching them new skills needs specific items for each move, which are traded in in exchange for unlocking it. You can also name your monsters if you want to personalise them a little more. This leads to the games third mode, which is automated combat between Guards. This is completely out of the player’s hands and Guards will trigger skills according to their build and win/lose on how you’ve trained them, making management of resources that much more important. The game also features a PVP aspect as well as occasional group bosses that players can take down on-mass. It has an interesting difficulty curve that goes from too-easy to hard as nails around level 15, presumably in an effort to encourage players to pay-out and advance more quickly, but can be grinded through by determined players for free.

Overall, Pocket Summoner is something of a dinosaur by today’s standards on the iStore. The game isn’t inherently bad but it doesn’t match up to the quality of storytelling that other games of the same menu-driven type strive to achieve and whilst collecting monsters is fun the mechanic wears thin due to the automated combat, which turns the games key draw into a spectator sport. You can still download and enjoy it, but few will have the dedication to stick with this game for the long-term when there’s better out there.